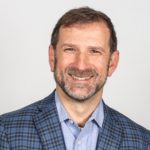 Michael Rothchild is a native Texan, born and raised in Houston.  An entrepreneurial spirit by nature, Michael graduated from the University of Houston’s Entrepreneurship Program as a member of the inaugural CEI class in 1995.  Since leaving the University of Houston, he has worn many hats throughout a career which spans an array of industries, including beverage equipment manufacturing, energy trading, telecom operations and technology development.

A proven track record for optimization and process improvement, Michael has worked with and within companies of all sizes.  Since beginning his telecom career as a change agent within a fortune 500 company, Michael has been involved in multiple start-ups, as well as acquisition and transition teams for multi-million dollar telecom carriers, successfully growing and optimizing the operations of each team.

Michael has dedicated himself to improving operational efficiency while managing operating costs, without impacting stability or customer support levels.  He has championed team-building, system implementation, offshoring, and contract re negotiations that contribute to sustained growth and improved profitability.  Michael believes with the right team, training and technology, everything can be accomplished.

After having worked together a number of times over the years, Michael rejoined Russell Bierschbach in late 2016.  Their shared belief that “the right technology can enhance an operations team’s performance” is the foundation for this successful partnership.  Michael is committed to making the RouteTrust platform the standards bearer for modern operations technology.

Outside of the office, Michael is an avid traveler and has visited over thirty countries on five continents.  Traveling over 1000 miles on the Camino de Santiago across France and Northern Spain in 2013 is one of his favorite experiences.  Michael continues to find joy in meeting people from cultures around the world.  The languages, food, music and history of new places are often nuanced, sometimes stark, but always interesting.